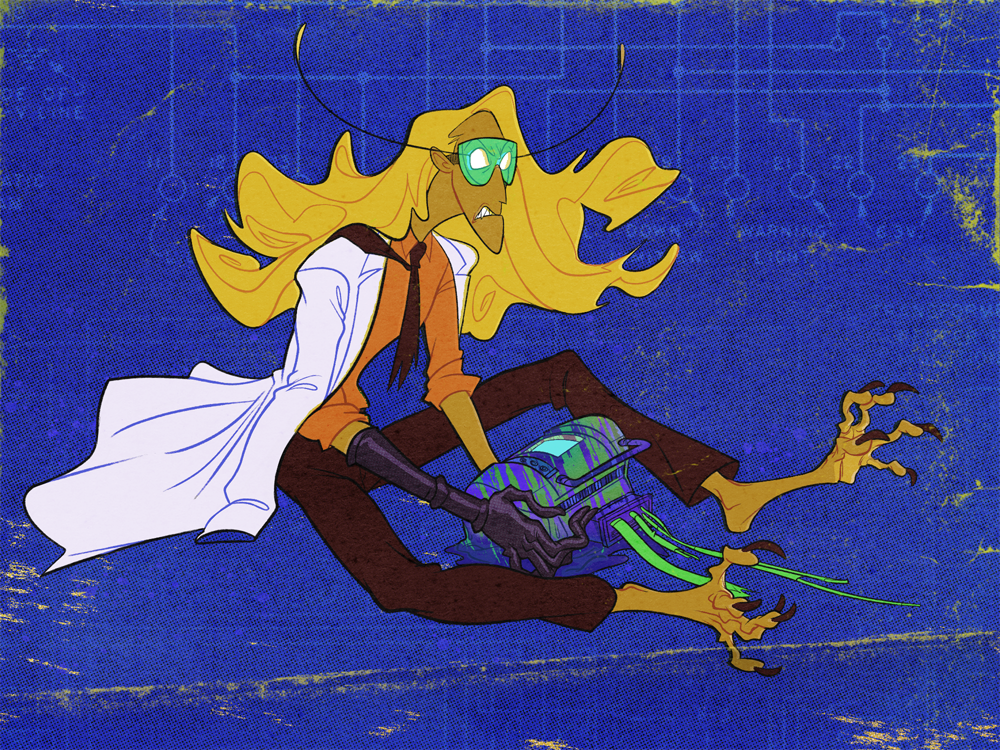 A rare angry Zariya-- that interface must have been vintage. 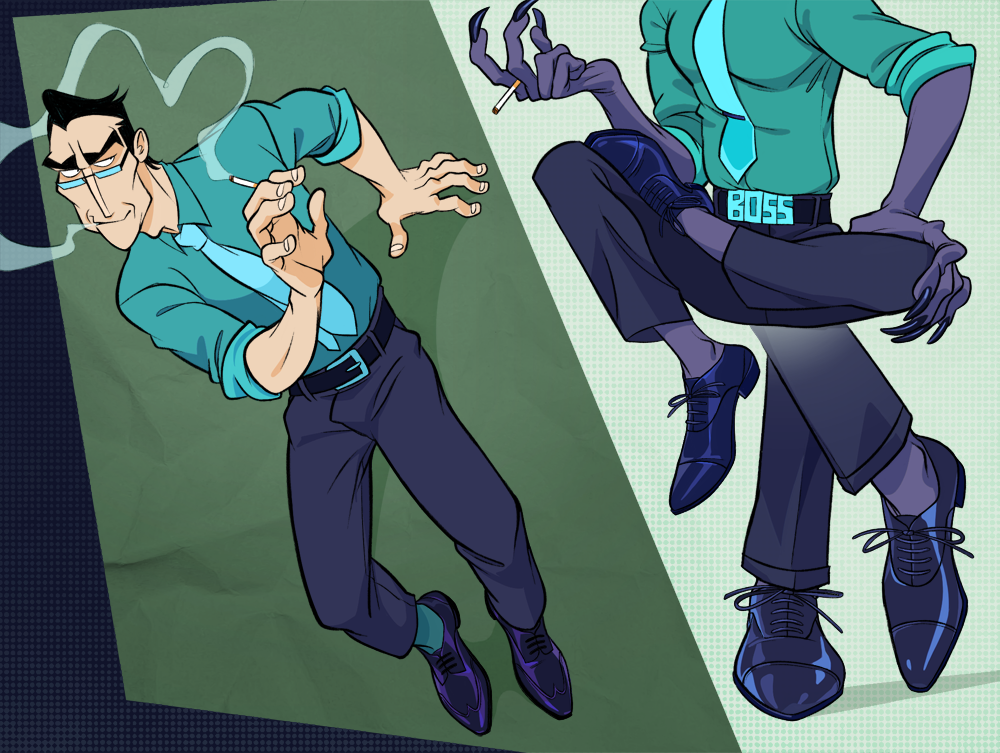 NEW CHALLENGE: LEARN HOW TO DRAW DRESS SHOES AND PANTS

Currently desperate to round out my repertoire of clacky leather-based heeled shoes. These are as difficult as they are rewarding to get the little shiny bits right. (The close-up is drawn from reference.)

I might need to fix up those wingtips before posting anywhere. I was gonna make them a really garish multicolor style, but chickened out at the last minute cos Fritz is hard to convince to get flashy.

Lore-wise, I'm still trying to decide if he keeps smoking after he dies and gets reanimated as a lizard. Which is better: looking cool, or not having cancer? Science still doesn't know. It has told him he should still be wearing socks, though. 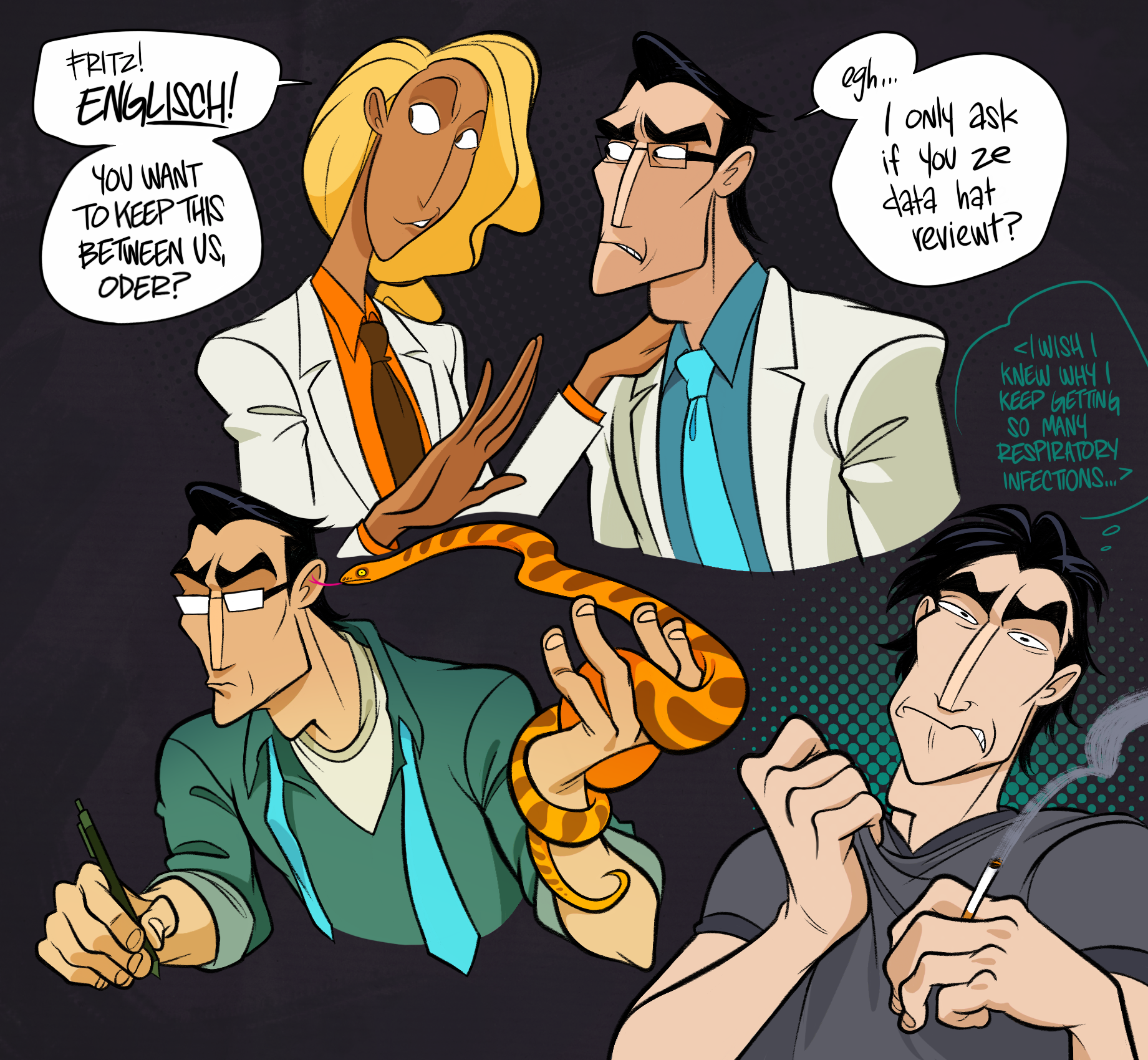 So I've been doing some research on how many Germans can speak English-- it's a lot. But it's higher with young people, and Fritz and Zariya were born somewhere around the 1950s. I think that when they meet in the 80s, Fritz would be nowhere near fluent. Zariya, however, fucking rocks at it and is used to switching between three languages to get/give all sorts of fun information.

English becomes a good way to keep their conversations semi-private amongst German-only colleagues. This is DEEPLY EMBARRASSING for Fritz, but he sharpens his skills pretty fast from having an enthusiastic partner who always wants to hear about his secret project.
Zwischen uns, ja?

So anyway, it's a really fun little puzzle trying to reverse-engineer how a 30-something German man would wrestle with English grammar. I was looking up quirks in phrasing that carry over and they're SOOO CUUUUTE... If I can get an excuse to make him say "we make a party" I might die.